The pen tool – leading you up a scary path!

Few things strike fear in the hearts of newbie Photoshop users like the pen tool. Many years ago (I won’t reveal the exact number, but let’s just say the Photoshop version I learned on was in the single digits) I remember being driven to such frustration that I finally decided to take a class. 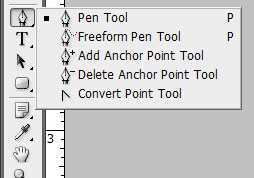 the pen tool is a complex tool but don’t be phased!

Even though I have been able to overcome the complexities of  HTML, PhP, Java, and ASP.net. that pen tool has mocked me like the Gingerbread man from that classic poem, “Try, Try, as hard as you can, can’t learn me, I’m the freeform pen!” Sadly, all the Photoshop classes I have taken have failed to significantly improve my pen skills. One instructor said to me, “Well, you really just need to keep using it and eventually you’ll get better.” He was right! That’s my advice to you as well. Trite, but true, practice makes perfect. Once you familiarize yourself with its special quirks and unmask its hidden secrets, you’ll find that the Pen Tool is one of the most powerful tools in your Photoshop arsenal.

Here are a few tips to get you started.

1.    First know this; pen tool is an absolute misnomer. It is not a pen. If you want to write in Photoshop, use the text tool. The pen tool can draw a shape or select part of an existing shape (back in the day, the pen tool was known as the “bezier tool”, named after the geeky engineer that came up with the math that powers the tool.)
2.    The pen tool draws a path from one point to another. That path can be straight or curved. The path isn’t visible to anyone but you. That means if you draw a path around a graphic, no one will see it unless you fill that path with a color or manipulate it in some other manner.
3.     You may have as many points along your path as you wish, but your path must always have a starting point and an ending point.
4.    There are five different pen tools. Each one does things a little differently. Practice with each one and learn how it varies from the others.

Kelly is a web, marketing, and print design professional. See her work and read her blog at http://www.geekbabel.com