Iconic Gig Posters: The Art Behind the Music

The ultimate goal of concert artwork is to promote an event, which has a start and end date. But artists who come up with creative, effective and striking designs attract more than just music fans. After the final encore, fans of the art collect the masterpieces as keepsakes, especially when they are high-quality print posters that last long after the curtains have closed.

As SXSW guests will see at Flatstock 59, concert artwork can even achieve a new life long fandom after the bands pack up their instruments and head off to the next gig. The Flatstock exhibition, which runs March 16 – 18 at the Austin Convention Center during the SXSW festival, will showcase works by some of the world’s best gig poster designers.

James Brown’s music is known for being exciting, visceral and high energy. This three-color print by legendary advertising firm Globe Posters manages to condense that excitement into a straightforward yet compelling design. Even the expression on Brown’s face evokes excitement. Known for using vibrant fonts and Day-Glo inks, Globe Posters was a perfect match for the Godfather of Soul.

The Black Keys at the Santa Barbara Bowl 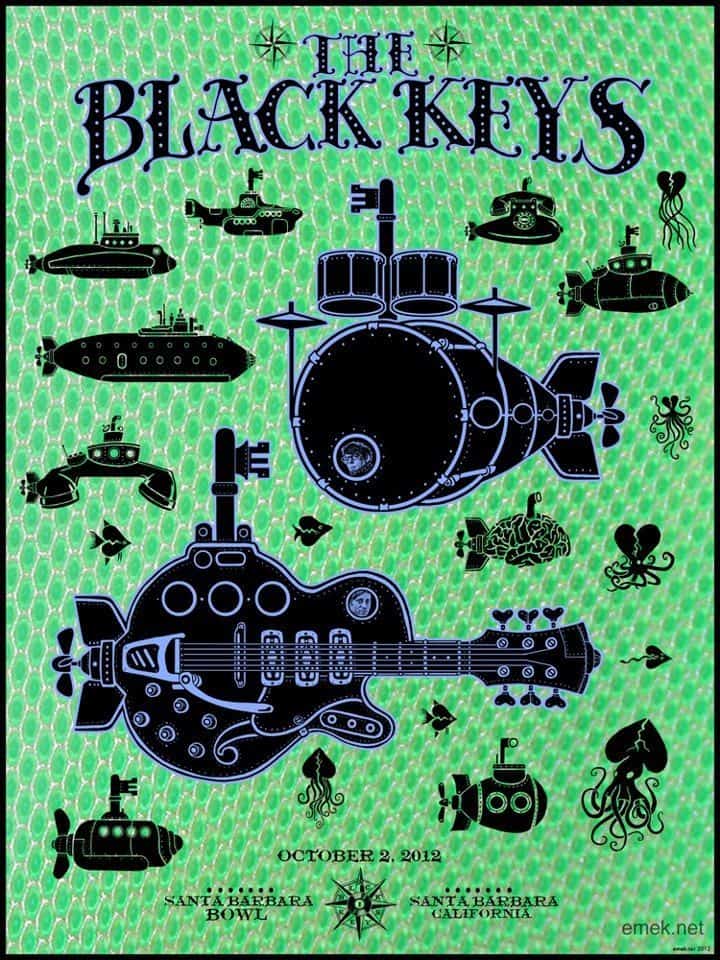 This Black Keys advertisement shows why designer Emek has been called the “the thinking man’s poster artist.” With its clever submarine theme and broken-heart squids and fish, the design is certainly engaging. However, Emek adds some extra Easter eggs for fun. He references the band with the key periscopes and even throws in a Beatles “Yellow Submarine” just under the title. 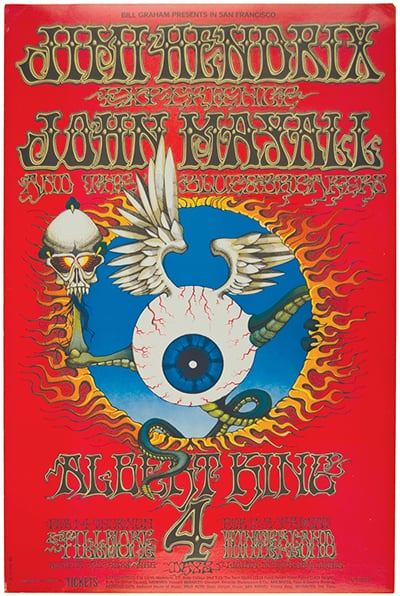 When it comes to iconic posters, few can top the reputation of Rick Griffin’s famous eyeball with wings. Griffin was known as the master of psychedelic artwork, and this poster is often considered his pinnacle by collectors. Who cares if the over-stylized lettering is barely readable? The menacing eyeball captures the zeitgeist of the late-60’s rock scene.

The Tallest Man on Earth at Lincoln Hall in Chicago 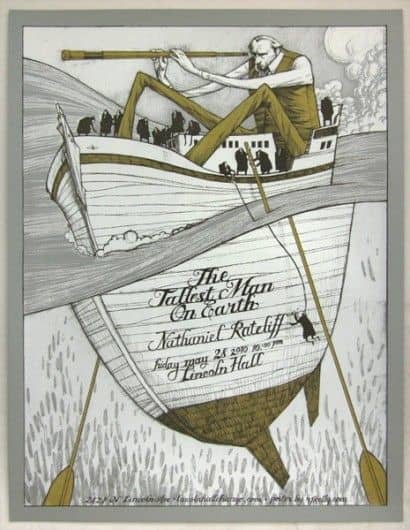 Sometimes, all it takes is an interesting band name to inspire a truly creative gig poster. Illustrator Rich Kelly took the “tallest man” motif to its logical conclusion in this clever yet intricate piece. From the rendering of the oddly thin protagonist to the magnified underwater effect on the boat, Kelly created a detailed world that grabs the viewer’s attention. The gent painting the concert info on the side of the boat is a nice touch.

Nirvana at the Astro Arena in Houston 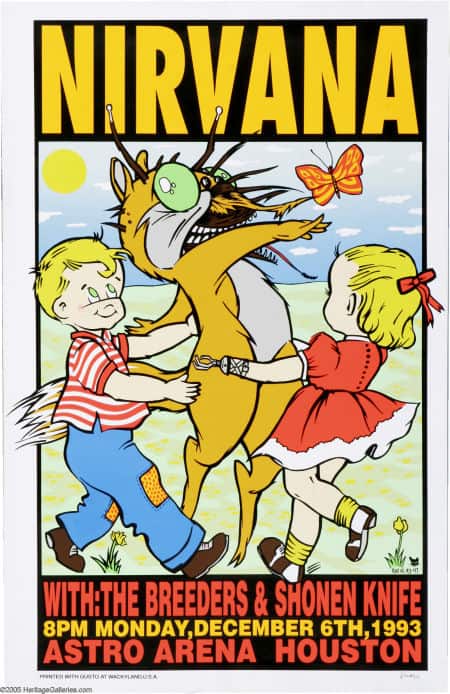 The odd, pop art-inspired design style of artist Frank Kozik reached its widest audience during the 90’s grunge movement. Kozik’s bizarre humor and bright colors seemed to fit with the tragically hip elements of the day. This Nirvana poster, which is one of his most famous, features two happy children dancing with a weird, insect-like animal. The strange combination is certainly a Kozik trademark.

Create your own musical masterpiece with custom print posters at OvernightPrints.com