Unleash you creativity and sleep peacefully

When are you most creative? When do your million dollar ideas surface?

People everywhere often awaken during the wee hours of the morning. At first glance, it appears to be nature calling. But several years ago in a newly released book, author Wayne Dyer discussed this phenomenon.

Dyer created the content for that very book, by writing daily, between two and five a.m.

He encourages readers to journal during what he considers these peak hours. I was intrigued so I decided to give it a shot. After a few three a.m. journals entries, his theory began to resonate with me.

I was able to tap into a deeper level of creativity and uncover profound new ideas. 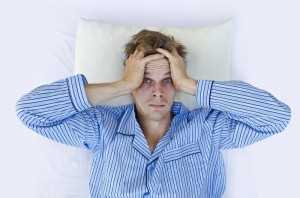 It seems that the distractions of the day can prevent us from accessing our highest potential because our minds are racing with deadlines, to-do lists and other stimuli.

Whatever it is that is keeping you from a restful sleep, try this experiment:

You may not discover profound solutions on the first few attempts. However, if you challenge yourself to pick up the pen a couple of times per week, you might be amazed. You may uncover an effective new business strategy, or solve a nagging concern. At the very least, you’ll have a new tool to unload your worries and frustrations. And you’ll revel in your new-found tranquility.