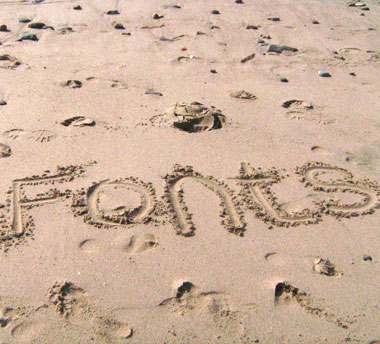 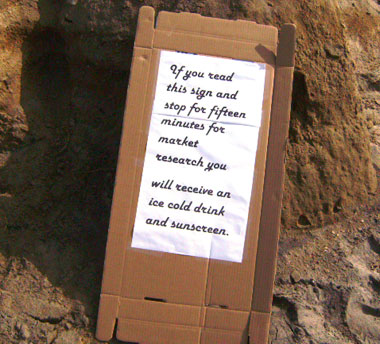 When Avatar, the biggest grossing movie of all time was released, graphic designers were in an uproar. They despised the font that director James Cameron had chosen for the subtitles (Papyrus). Can you imagine that fonts can impact sales? Overnight Prints decided to test this phenomenon:

We tested this theory in focus groups and at the beach, using sandwich boards and sunscreen. The photos above show glimpses of our market research team in action.

More than 65% percent of the beach-goers were allured by the board with the retro font.

Every target market is different. We learned that fonts are powerful, and can have a huge impact on sales. The web is loaded with articles about proper font selection.

There are even guides about the most loved and most hated fonts.

Don’t make the same mistake James Cameron made. Test your fonts! There is no perfect font for everyone.

Integrate the feedback into your next postcard marketing campaign. Compare the results with a previous campaign.

See what people had to say about why they chose the old fashioned looking font:”

How to prepare your business for the upcoming live event

Preparing for the New Year