History of ‘Christmas in July’

While not officially recognized as a holiday, ‘Christmas in July’ is still an occasion people and retailers across the globe see as a way to observe the Christmas holiday season, and a trend that is growing in popularity globally. Theories for how ‘Christmas in July’ got its auspicious beginnings are varied and include accounts like the small group of Irish visitors to the Sydney area celebrating a special occasion in the Blue Mountains area in New South Wales, just west of Sydney several decades ago. With the help of the caretakers and employees after they witnessed a rather beautiful snowfall, a traditional Christmas dinner was requested from the staff of the hotel where they were staying. The Irish visitors enjoyed their stay and experience so much they repeated the trip and dinner the following year.

July is usually the coldest month of the year in Australia, with many of its major cities experiencing mild winter temperatures and higher areas like Mt. Buller and Mt. Hotham seeing substantial snowfall. Australia experiences much cooler weather May through September than those of us here experience in the United States, due to its position in relation to the equator.

Some believe ‘Christmas in July’, often referred to in countries like Australia and New Zealand as ‘Yulefest’ or ‘Yuletide’ came about because we all desire an excuse to celebrate and the idea of being able to celebrate Christmas half a year early was just too much of an attractive concept to pass up. Doing Christmas shopping and seeing decorations up and around major cities like Sydney in July just feels right for people there and feels like something you’d expect to find in a country where seasons and temperatures are reserved compared to many other countries around the world. Since July offers most retailers and stores minimal opportunities to advertise and make money and there are no national holidays in Australia between the first week of July and Labor Day in the US, there’s nearly two months of prime advertising promotions and sales time.

So, do Aussies go all out, treating the 25th of July with the same zeal they or we would have on December 25th? Some do, yes, but most? Not really. While many Aussies celebrate ‘Christmas in July’ it’s not an actual recognized, national holiday. Many do buy gifts for friends and loved ones, wrap them and put them under Christmas trees for an early morning family opening. Most Aussies that do observe the holiday do so by exchanging a small number of gifts or take part in group exchanges where ‘Christmas’ gifts are exchanged and friends, coworkers and family can eat, drink, open gifts and just have a festive time. Many take the opportunity to travel to popular ski resorts where visitors can experience white winter days and snowfall during July. For that reason, many Aussies view ‘Christmas in July’ as something that actually applies to several months. It’s not uncommon to hear references to ‘Christmas in June’ or ‘Christmas in May’.

So, where does it snow in Australia?

Though it rarely snows in major cities like Sydney and Brisbane (the last documented case of snowfall in Sydney was way back in 1836), there are many places residents and visitors can see snow, celebrate the ‘season’ and do a little skiing. Australian natives or those just visiting can check out Mt. Buller, just a three-hour drive from Melbourne and ski the slopes on over 700 acres of fine powder. Mt. Hotham is another ideal location and is often referred to as ‘The powder capital of Australia’ and is just a short travel from the city of Victoria. Other areas for those craving a more festive ‘white’ environment for their ‘Christmas in July’ can check out Thredbo, which sits roughly half-way between Sydney and Melbourne and is considered the best-known skiing area in all of Australia, offering skiing that’s perfect for beginners and pros alike. Then, there’s Perisher in New South Wales, the largest resort in the entire Southern Hemisphere, Treble Cone in Lake Wanaka, the largest ski area on the South Island, The Remarkables, always perfect for family skiing weekends in Australia and Coronet Peak, widely considered the most popular ski resort in New Zealand. Australians have ample opportunities for experiencing a ‘white Christmas’, regardless of whether they are celebrating in June, July or even as late as October.

It’s easy to understand how many might see Australia as the birthplace of ‘Christmas in July’ given the ‘Irish Visitors’ story and ‘reversed’ seasons, however there exists many other references to the pseudo-holiday that might actually predate Australia’s. While some would be quick to point out the Paramount Pictures 1940 movie, ‘Christmas in July’ starring Dick Powell and the wonderful Ellen Drew, fans of the movie would be quick to point out the film has virtually nothing to do with the national or global trend that celebrates Christmas 6 months early.  Previous to that celluloid classic exists a reference to ‘Christmas in July’ from the year 1933, 85 years ago, apparently involving a group of young girls who were attending summer camp in North Carolina. However, the reference seems to have been an anomaly considering the lack of references to ‘Christmas in July’ at the camp since.

Some believe the tradition got its start in New York, in Vaudeville actually, way back in the summer of 1915, before ‘air conditioning’ was common or was even a phrase people would recognize. Members of the Long Island Good Hearted Thespians Society (LIGHTS) came up with the idea of the ad-hoc celebration of Christmas due in part because of the busy work schedule of members in LIGHTS, with many being on the road most of the year, away from friends and family during the real holiday in December. Vaudevillian and future radio star Fred Allen was quoted as saying “Though the temperature be in the 90s, the Lights’ Christmas tree was decorated and lighted, Santa Claus was dressed in his heavy suit with the ermine trimmings, presents were placed under the tree, and the members and their children arrived in their furs, mittens and ear-flaps, some even clattering into the club on snowshoes.” It appears a fair portion of the stage performers celebrated ‘Christmas in July’ with several members even putting together ‘Christmas in July’ parades through the streets of Freeport. Parades that dazzled bystanders with clowns, acrobats, performers and even circus animals.

‘Christmas in July’ in America

Australia’s not the only country to recognize and participate in ‘Christmas in July’.  It’s popular in other countries, like here in the United States, where advertisers have used it now for decades to try to capture the advertising and shopping power of December, a time typically seen where people don’t shop.  For residents in many southern states, ‘Christmas in July’ is an opportunity to escape the heat and experience some of the thrill of the holidays.  With a huge gap where there are no national holidays, merchandisers and retailers often use the ‘Christmas in July’ holiday as the perfect excuse to hold large holiday sales.

Though a ‘Christmas in July’ observance might seem a little more appropriate and seasonal in Australia, there are no shortages of advertisers in America willing to take a gamble if it means added revenue, especially during a time typically seen as a shopping doldrums. Companies like Hallmark release new Christmas ornaments and keepsakes each summer and even some popular Christmas related collectors’ conventions are held in July. Christmas themed events and sales appeal to just about everyone. Who doesn’t like getting gifts from loved ones…especially in the middle of the year?

Recently, Americans have started shopping earlier and earlier, a trend that has shown a large percentage of shoppers buying their Christmas gifts well before Black Friday and Cyber Monday. Not only are Americans shopping earlier, they are spending more the earlier they shop. Studies have shown that over 20% of Americans do their holiday shopping throughout the year, forgoing big after Thanksgivings deals. Many big retailers are already jumping on the ‘Christmas in July’ bandwagon with big retailers like Amazon and Walmart launching extensive branded promotions. ‘Christmas in July’ promotions typically keep the December holiday season in the minds of millions of Americans capable of discretionary spending and it’s only getting more and more popular with retailers seeing no slowing down.

To create your own ‘Christmas in July’ advertising flyers, posters, bookmarks and more, visit overnightprints.com. 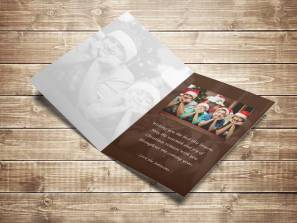 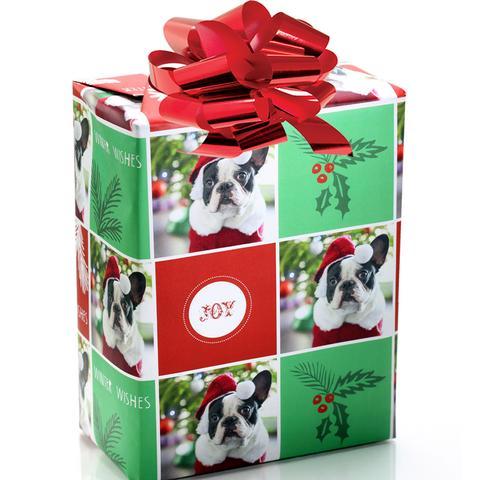